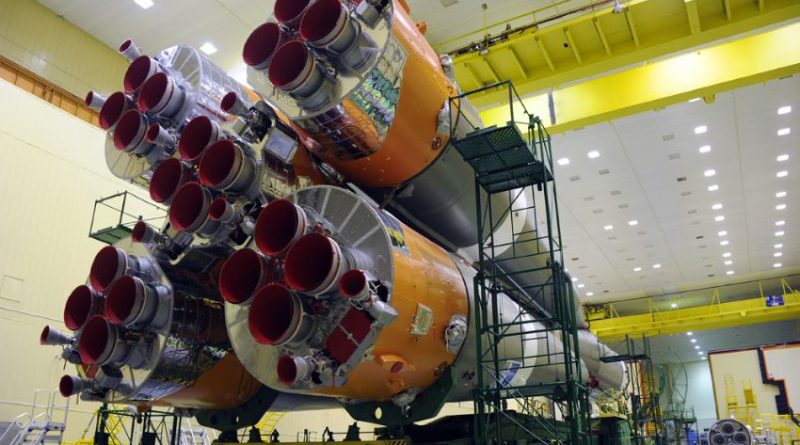 The Progress MS-08 cargo spacecraft completes final pre-launch processing at the Baikonur Cosmodrome in preparation for a February 2018 liftoff on an expedited two-orbit rendezvous with the International Space Station that will eventually allow cargo and crews to reach their orbital destination faster. As part of the final processing campaign, Progress underwent final testing at Site 254 of the Cosmodrome before being transferred in late January for propellant loading. Back at Site 254, the seven-metric-ton spacecraft was attached to its payload adapter and encapsulated in its protective launch shroud before being shipped to the launcher integration facility to meet its Soyuz 2-1A Rocket.