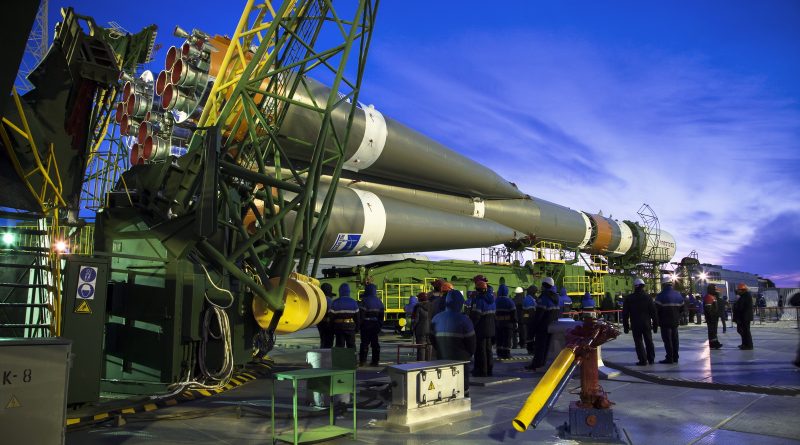 Winter remained with a firm grip of Kazakhstan’s Baikonur Cosmodrome when on Friday, February 9, 2018 a Soyuz 2-1A rocket emerged from its assembly hall at the traditional early morning hour to move to the launch pad at Site 31/6 and set the stage for a Sunday liftoff to the International Space Station. Loaded with two and a half metric tons of cargo, the Progress MS-08 spacecraft will attempt an express two-orbit link up with the Space Station traveling only three and a half hours from the Kazakh launch site to its orbital destination.