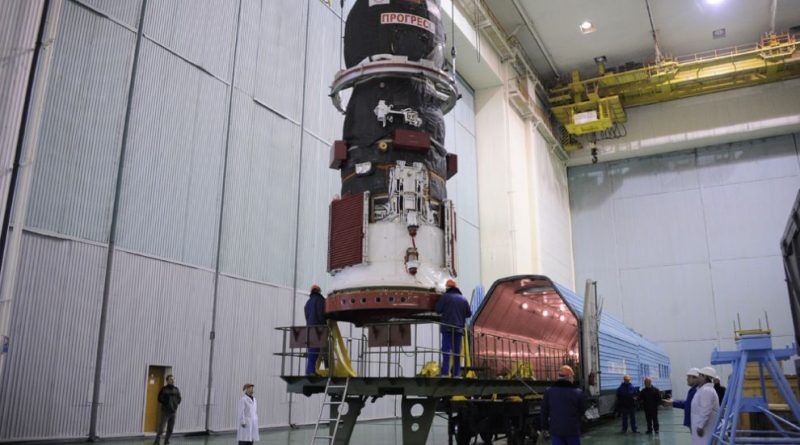 Engineers at the Baikonur Cosmodrome put the Progress MS-05 cargo spacecraft through a final processing campaign at the Cosmodrome in preparation for a February 2017 liftoff to the International Space Station. Processing operations completed at the launch site include detailed testing. loading the spacecraft’s pressurized compartment with cargo, filling the spacecraft’s tanks with propellants for use during flight and transfer to ISS. Following final inspections, Progress was installed on its launch vehicle adapter and encapsulated in the protective launch shroud.