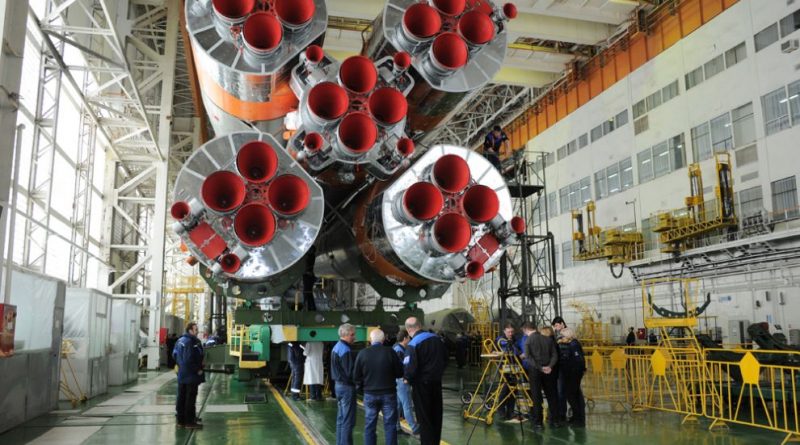 The Soyuz U rocket set to take the Progress MS-05 cargo spacecraft on a resupply mission to the International Space Station completes assembly at the MIK Launcher Integration Facility ahead of rollout to Baikonur’s historic Site 1/5 launch pad. Assembly of the rocket started with the attachment of four liquid-fueled boosters to the large core stage of the rocket before the Progress spacecraft was installed atop the Block I third stage and the assembled complex was mated to the core. This is the final Soyuz U rocket to head into space, ending a career of over four decades.