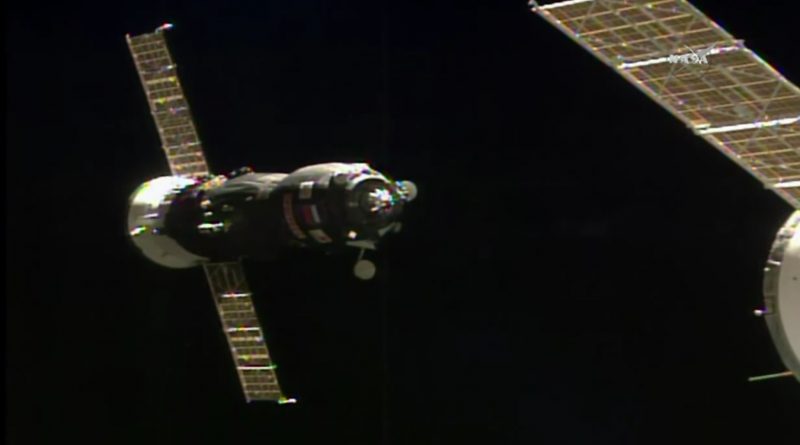 
Soyuz U ended its career with a perfect injection of the 7,200-Kilogram Progress spacecraft into a 200-Kilometer orbit, starting out 200 Kilometers below and nearly an entire orbit behind the Space Station but catching up quickly. Immediately after its release into orbit, Progress MS-05 deployed its solar arrays and KURS navigation antennas and began firing its thrusters to enter a stable orientation for communications through Russia’s Luch Data Relay Satellites – a new feature of the MS series of spacecraft that began flying in December 2015.