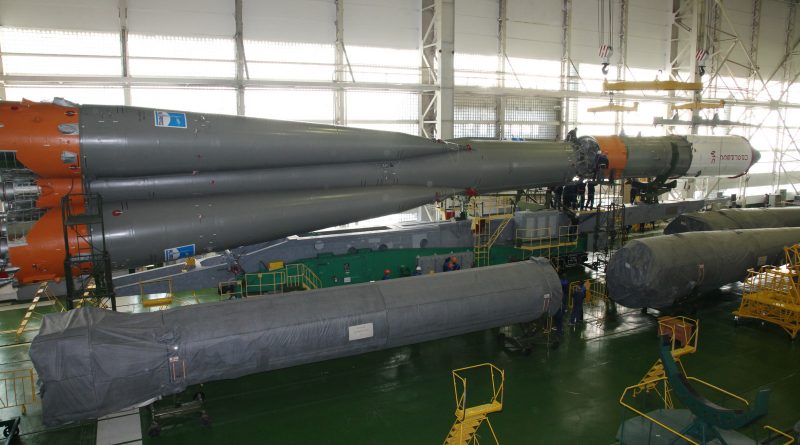 At the Baikonur Cosmodrome, engineers assemble a Soyuz U rocket ahead of a Thursday liftoff with the Progress MS-04 cargo spacecraft headed to the International Space Station with a fresh batch of cargo for the six crew members in orbit. At the MIK Processing Facility, teams attached the four liquid-fueled boosters to the large core stage over the past few weeks, leaving only the encapsulated Progress spacecraft to be attached to the rocket’s Block I third stage followed by mating the core with the Block I.