ESA's Rosetta mission will conclude on Friday, September 30, 2016 when the faraway spacecraft will make a gentle collision with comet Churyumov-Gerasimenko after a remarkably successful mission of twelve and a half years.

Launched in 2004, Rosetta completed a decade-long, 6.4-billion Kilometer journey taking it to the dark & cold reaches of the Solar System before arriving at its target - the two-lobed comet whose shape has become iconic after Rosetta delivered its first high-resolution photos of the distant world.

Philae, dispatched for an unprecedented landing in November, delivered up-close data from the dark surface while Rosetta complete a two-year examination of 67P to open a window into a distant past of the solar system. 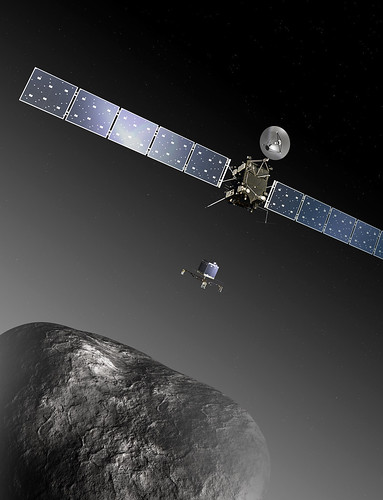