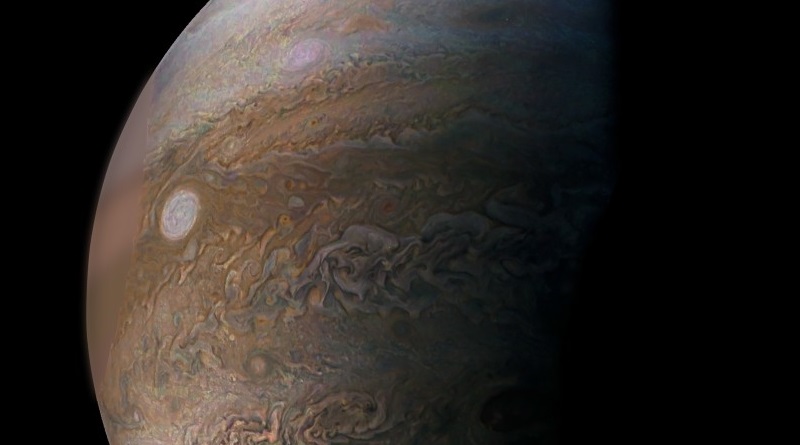 
With the maneuver deferred, Juno’s second orbital pass was freed up for more science observations, but just hours before closest approach, the spacecraft entered safe mode when a flight software performance monitor sensed an unusual signature and commanded all but the most essential systems to shut down – including the science instruments which did not capture any data during the flyby.