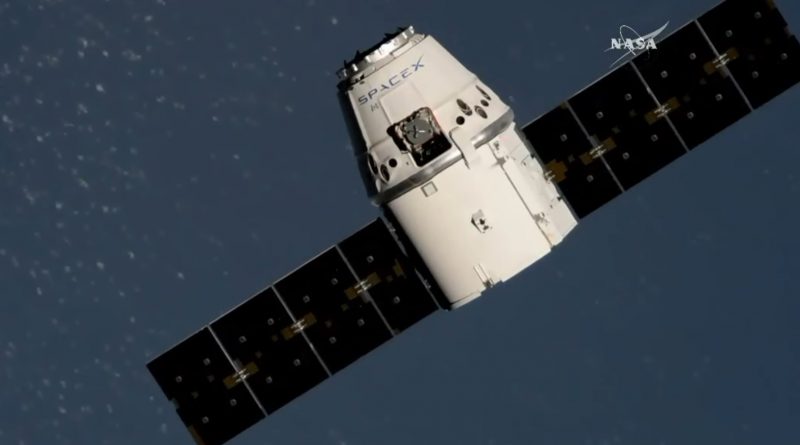 
The comings and goings at the International Space Station have been particularly busy over the last four days, starting with Friday’s departure of Expedition 50/51 crew members Oleg Novitskiy and Thomas Pesquet who returned to Earth after a 196-day flight with a safe parachute-and-rocket-assisted landing aboard their Soyuz. On Saturday, the remaining two U.S. Segment crew members, Peggy Whitson and Jack Fischer, buttoned up the Cygnus OA-7 spacecraft for departure on Sunday, being sent on a week-long free flight supporting experiments and satellite deployments.


Embarking on its first laps around the Earth, Dragon was put through its paces by the Mission Control Team on station at SpaceX HQ in Hawthorne, California to ensure all systems were operational after the craft’s ride into orbit aboard Falcon 9. The GNC Bay Door deployed two and a half hours after launch, marking a critical prerequisite to the craft’s arrival at ISS as the GNC compartment houses the primary navigation gear of the Dragon as well as the grapple fixture required by the robotic arm to obtain a firm hold of the spacecraft.


Acquisition of the R-Bar, the imaginary line connecting ISS and the center of the Earth, occurred just after 12 UTC at a distance of 350 meters. Dragon then entered a brief holding pattern dedicated to a 180-degree yaw maneuver to properly position the grapple fixture for capture and point the thrusters to the proper direction for a possible abort maneuver.