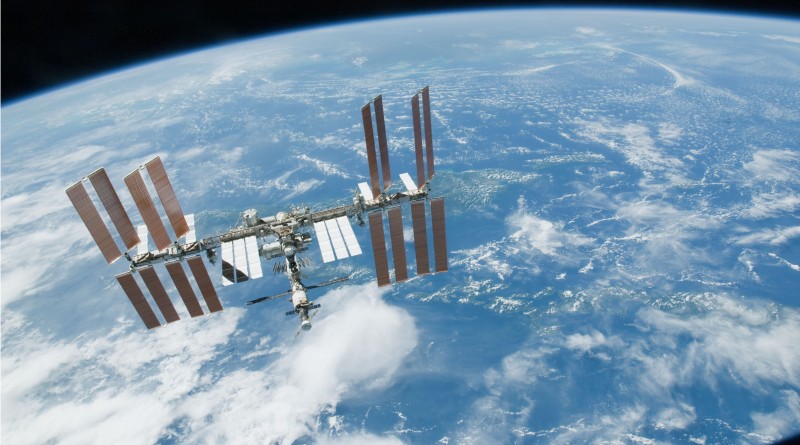 The International Space Station successfully completed a scheduled reboost on Wednesday, slightly raising its orbit to optimize its trajectory for heavy visiting vehicle traffic inbound before the holidays.

The thrusters of the Progress M-29M spacecraft, currently docked to the aft end of the Station’s Zvezda Service Module, were ignited at 19:31 UTC and increased the Station’s velocity by 1.95 meters per second, raising its orbital mean altitude by 3.4 Kilometers.

The reboost was done to set up phasing for the upcoming visiting vehicle operations on the Russian segment of ISS, notably the return of a crewed Soyuz spacecraft, the arrival of another and the launch and docking of a Progress cargo ship. Soyuz TMA-17M is set for its departure on December 11 for a short free flight ahead of re-entry and a parachute assisted touchdown on the steppe of Kazakhstan in a rare evening landing of the Soyuz, returning Oleg Kononenko, Kimiya Yui and Kjell Lindgren to Earth.

The next Soyuz in line, Soyuz TMA-19M, is set for an overnight launch and docking on December 15 to deliver Yuri Malenchenko, Tim Kopra and Tim Peake to ISS for a mission that was recently extended from six to seven months. Finally, bearing holiday gifts and new supplies, Progress MS will launch atop a Soyuz 2 rocket on December 21 for a two-day link up with ISS in the first mission of the upgraded Progress craft.

ESA Haptics [The Haptics-1 hardware flying to the International Space Station includes a single degree of freedom high-resolution force control joystick to be used in physiology research in zero-G with a technical element as this setup can find application in future space-telerobotics technology. The experiment will study how remote-controlled robot operation from space (telerobotics) can be accomplished with special focus on providing a haptic feedback to the controller in the form of force on the control device. This requires detailed knowledge on the effects of microgravity on force perception and motor control capability which has not been studied before. The experiment hardware consists of a joystick that uses a highly power-dense brushless direct-current actuator, an EtherCAT motor controller, custom-built force and torque sensors and flight computer using Commercial off-the-shelf components. The Haptics-1 joystick is mounted via standard space station interfaces to a body harness.]

Biological Rhythms 48 Hours [The BLR48 and Circadian Rhythms Study will examine the role of synchronized circadian rhythms and possible maintenance during long-duration spaceflight and addresses the impacts to crew members’ health and wellbeing. Understanding how the dark/light cycle and sleep shifting affects circadian rhythms and with that the performance of the crew members will enable scientists to develop new sleep shifting techniques for crew members in space and shift workers on Earth.]