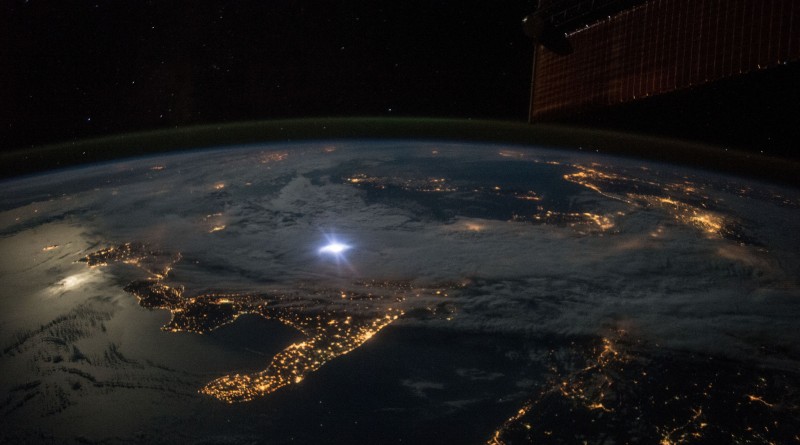 FLEX-2 – Ground-Control Experiment Run[FLEX-2 – FLame Extinguishment Experiment 2 – monitors the burning process of small fuel droplets to study the unique characteristics of fire in microgravity. The experiments looks at the rate and manner the fuel burns and the conditions that are necessary for soot to form. Also, the mechanisms of fuel evaporation before burning are studied to provide a better understanding of the burning process in space for improvements in liquid-fueled engines for application in space flight.]

Synthetic Muscle Photo Acquisition [“Synthetic Muscle: Resistance to Radiation” paves the way for the development of space-based robots with Synthetic Muscle to give them more human-like capabilities to fulfill a number of tasks in future space missions. The electroactive polymers in the Synthetic Muscle would have to be able to withstand the harsh radiation environment in space and maintain its ability to contract and expand like real human muscles.The Synthetic Muscle, developed by Ras Labs, consists of robust electroactive polymers that contract and expand. The material can withstand extreme temperatures from –271 to over 135°C making them ideally suited for application in the harsh thermal environments found in space. Initial testing also shows promising signs of the material’s behavior in extreme radiation when combined with coating and additives.]