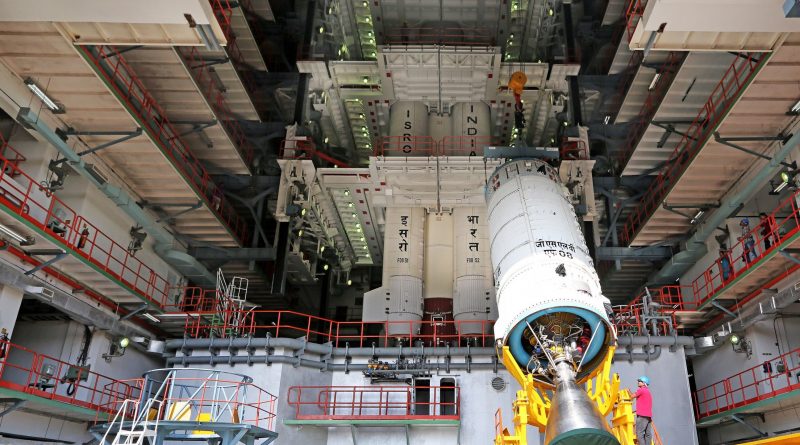 A Geosynchronous Satellite Launch Vehicle Mk. II is assembled at the Satish Dhawan Space Center for the launch of the GSAT-6A communications satellites in March 2018. Integration of the Mk.II variant of GSLV includes the stacking of the solid-fueled core stage, the attachment of four liquid-fueled boosters and the installation of the hypergolic second stage and Cryogenic Upper Stage. This will be the 12th GSLV mission, the sixth of the Mk. II variant and the fifth since a major overhaul of the GSLV launch vehicle.