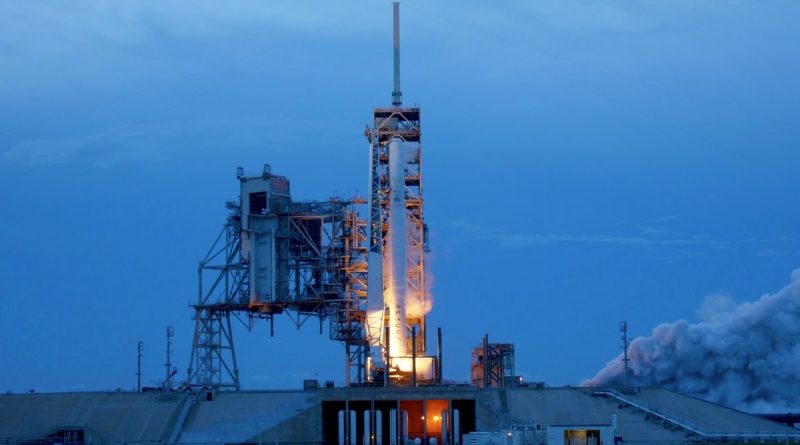 SpaceX successfully conducted the Static Fire Test of the Falcon 9 rocket tasked with the ultra-secretive Zuma mission as early as Wednesday night from Launch Complex 39A at the Kennedy Space Center. Code-named Zuma or ‘Mission 1390’, the launch only appeared on the manifest one month ago and very little information is available on its possible identity.

The Zuma mission first showed up in documentation submitted by SpaceX to the Federal Communications Commission on October 13, providing a fairly large surprise since this mission came out of nowhere and was not previously identified on the SpaceX backlog. After the existence of the launch became known, journalists began shaking the tree and revealed the Zuma launch was procured by Northrop Grumman that also acts as the mission’s prime contractor. It was also reported that Zuma would be targeting a Low Earth Orbit and Falcon 9 would attempt a land-based first stage recovery with landing in Cape Canaveral’s Landing Zone-1.


The contracting pattern for this mission is similar to previous U.S. government missions in which the government agency managing the project hands responsibility for procuring the launch vehicle to the prime contractor. This was similar for the NROL-76 mission earlier this year for which Ball Aerospace acted as spacecraft prime contractor and launch vehicle procurement agent. However, the NRO denied being the owner of Zuma and the way the November 16 liftoff came to be was also unusual since missions are typically scheduled at least several months in advance.

The official reason for prioritizing the Zuma mission to become first in the queue of customers waiting for a SpaceX vehicle was given as a critical need by the customer of having the payload in orbit to later than November 30 to hit its revenue targets. Whether this reason is genuine or just cover for a classified requirement for having the satellite in orbit NLT than 11/30 is open for speculation.


Launch Area Closures issued for next-week’s launch show Falcon 9 will be headed to the north east after blasting off from Florida, likely employing a very lofted trajectory similar to May’s NROL-76 launch that dispatched a fairly light payload into a 400-Kilometer, 50° orbit. Lofted trajectories are the preferred method for RTLS recoveries since they keep the first stage closer to the coast but require a large excess in performance not possible on every mission.

The most likely spacecraft platform employed by Zuma appears to be Northrop’s Eagle-3, the largest in the company’s Eagle product line and the only that would justify launching on a Falcon 9 rocket. Eagle-3 has been designed for use in all orbital regimes and with a large payload capacity in excess of 1,175 Kilograms. The payload fitted on Zuma could range from an operational intelligence-gathering system (imagery, radar, electronic intelligence) to technology demonstrations in a USA-193-style mission.

It remains to be seen whether Zuma’s potential identity can be constrained via amateur observations of orbital behavior or characteristic radio emissions. The geometry of its orbit to other spacecraft and ground sites that may be of interest could also be useful in assessing the satellite’s mission.

The Zuma mission will be handled by a new Falcon 9 Block 4 launch vehicle using first stage B1043 that was re-assigned to the mission after being originally earmarked for the Dragon SpX-13 mission targeting a December liftoff on a previously flown Falcon 9 core after NASA engineering reviews cleared the use of ‘flight-proven’ boosters for CRS missions (management decision still to be confirmed).

Assembled inside the hangar at LC-39A in tight quarters with three Falcon Heavy cores already present, Falcon 9 was wheeled up the ramp on Saturday to take its vertical launch position ahead of the Static Fire Test. A firm part of every SpaceX launch campaign since the Falcon 1 days, the Static Fire Test is intended as a last end-to-end test of the assembled two-stage rocket and all ground support systems to ensure all are operating as advertised in an effort to avoid surprises on launch day.

To that end, the Static Fire includes a complete 70-minute propellant loading sequence to exercise both stages, including the second stage that is mostly a bystander in the hot fire test of the first stage. Loaded with over 500 metric tons of chilled Rocket Propellant 1 and sub-cooled Liquid Oxygen, Falcon 9 checked off its final preparatory steps in the last seven minutes of the count including chilldown of the engines, the transfer to battery power, retraction of the Strongback, pressurization of tanks and handoff to Falcon’s computers.

The nine Merlin 1D engines on the business end of the vehicle fired up at the opening of Saturday’s test window at 6 p.m. local time, 23 UTC. The burn appeared to achieve its planned 3.5-second duration and Falcon 9 went through safing steps after shutdown while engineering teams completed a quick review to ensure the required performance parameters were captured before heading into de-tanking.

The obligatory Tweet from SpaceX confirmed the Static Fire was successful and delivered the data needed for in-depth reviews over the coming days, leading into the Launch Readiness Review.

Zuma is targeting liftoff during a two-hour window opening at 1:00 UTC on November 16; 8:00 p.m. Eastern Standard Time on the 15th.

After Zuma leaves the pad, Launch Complex 39A will enter the expected downtime for final outfitting of the pad and TEL for Falcon Heavy, an operation expected to take no more than three weeks based on work already completed in between Falcon 9 launches. This will enable Falcon Heavy to enter its first integration campaign that will be accompanied by fit checks and other verifications before the vehicle will roll out for the first time for dress rehearsals atop the pad.

Transitioning Falcon 9 operations back to Space Launch Complex 40, SpaceX is still targeting December 4 for the launch of the next Dragon mission to the International Space Station. Iridium has begun shipping its fourth batch of satellites out to Vandenberg Air Force Base in preparation for a December 22/23 liftoff atop a ‘flight-proven’ Falcon 9 rocket which will bring the total number of Falcon 9 missions in 2017 to 19.