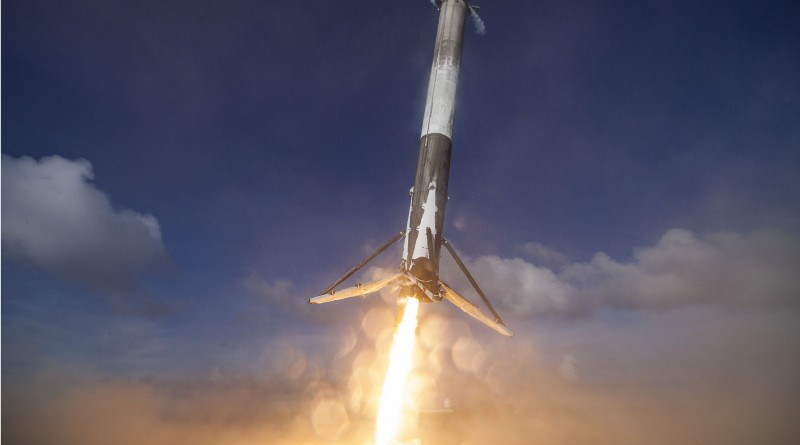 SpaceX released photos of the latest Falcon 9 landing atop the Autonomous Spaceport Drone Ship last Friday after successfully dispatching the Thaicom 8 communications satellite into orbit. Finding its way to the small Drone Ship after a high-speed re-entry, the booster touched down close to its maximum design speed, causing shock absorbers to activate within its landing legs resulting in a visible lean of the first stage when returning to port.