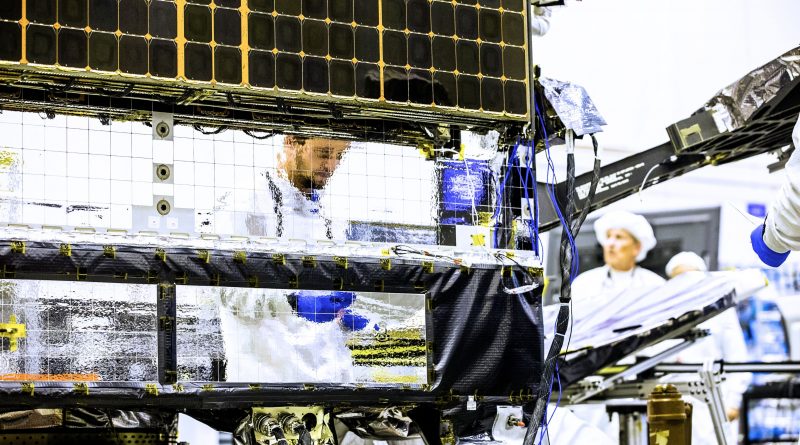 Photos of the SES 16 / GovSat communications satellite undergoing final assembly and testing operations at Orbital ATK’s facility in preparation for shipment to Florida’s Cape Canaveral for launch atop a SpaceX Falcon 9 rocket. SES 16 / GovSat is a project of LuxGovSat, a joint venture between the Government of Luxembourg and commercial satellite operator SES to create a high-performance communications satellite delivering capacity in X- and Ka-Band for government and defence use across Europe, Africa, the Middle East and the Atlantic & Indian Oceans.