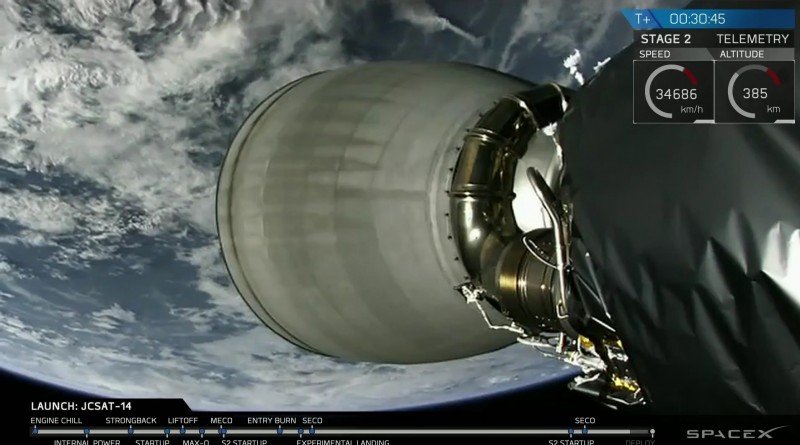 
The second stage fired for six minutes and four seconds, successfully lifting the stack to a slightly elliptical transfer orbit for a coast phase of 17 minutes and 33 seconds ahead of the critical second burn. MVac re-started 26 and a half minutes into the flight and was tasked with a burn of 59 seconds to raise the high point of the orbit to Geostationary altitude near 36,000 Kilometers. MVac was commanded to throttle back towards the end of the burn to maintain an acceleration of 5Gs.