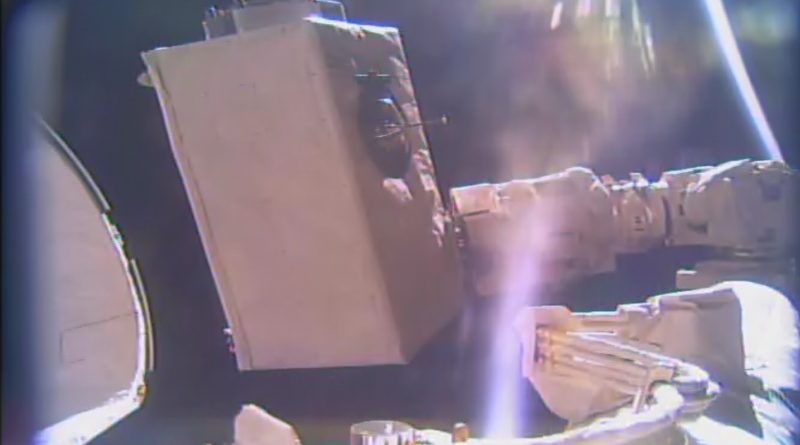 
The Space Station’s 18-meter Canadarm2 was in charge of extracting the CREAM package from Dragon’s Trunk, followed by a maneuver to a handoff point where the Japanese Remote Manipulator System could grasp the second grapple fixture of the payload to mark a rare robotic handoff.