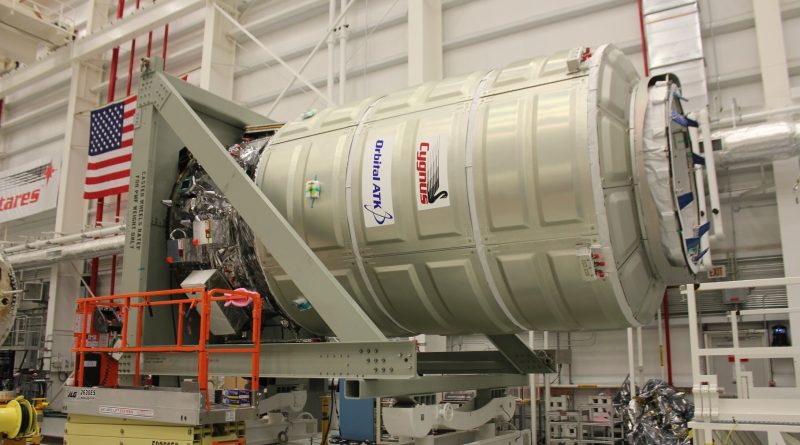 The Orbital ATK Cygnus OA-5 spacecraft, the SS Alan Poindexter, prepares for liftoff atop the Return to Flight Mission of the company’s Antares launch vehicle after a two-year stand-down to re-fit the rocket with new engines following a dramatic launch failure in 2014.