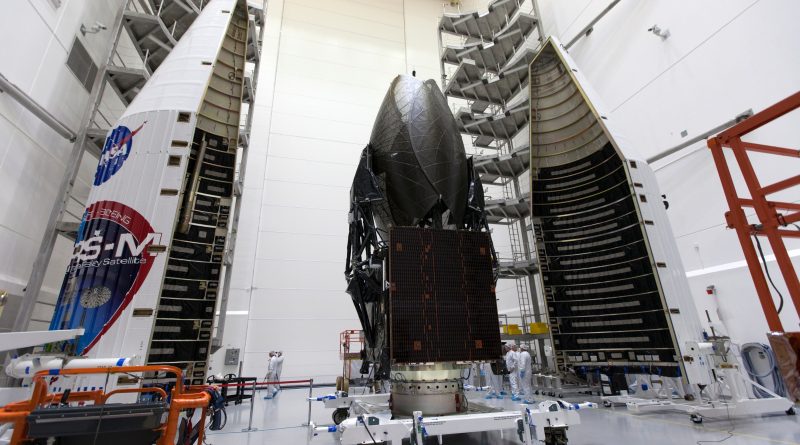 NASA TDRS-M satellites is encapsulated in its protective four-meter payload fairing and transported from the Astrotech Processing Facility in Titusville over to Cape Canaveral Air Force Station’s Space Launch Complex 41 where the satellite’s two-stage Atlas V launch vehicle was awaiting the its arrival. After arriving at the pad, the encapsulated satellite was hoisted atop the Centaur upper stage for installation, clearing the way for final integrated testing of the assembled launcher to set the stage for an August 2017 liftoff.