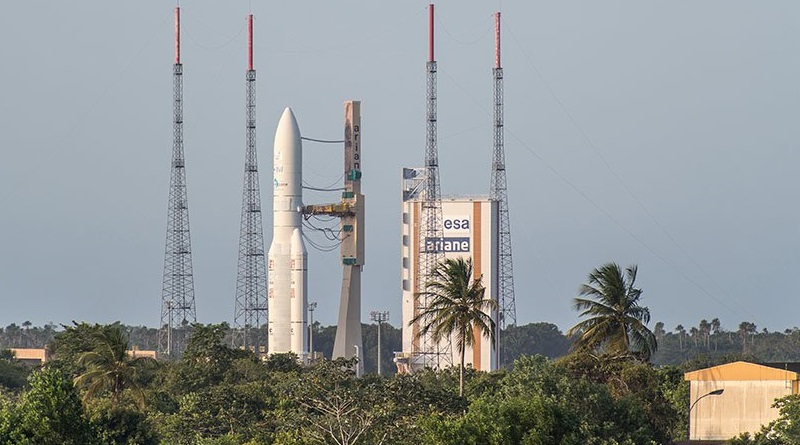 
This was only the third instance of an on-pad ignition abort suffered by the Ariane 5 over its two-decade career. The first occurred in December 2002 leading up to the inaugural mission of the Ariane 5 ECA which would eventually fail in flight due to a leak in coolant pipes within the engine cooling system; and the second pad abort was in 2011 on the VA201 mission which was delayed by 23 days after the engine failed a gimbal check during the initial attempt.


One day after the last-second abort, preliminary analysis of its circumstances was complete and had implicated an electrical component on one of the two Solid Rocket Boosters (EAPs) that had suffered an anomaly. Arianespace said the onboard computer functioned as designed when it cut the ignition sequence off as it is programmed to only commit the launcher to flight when all systems are checked out to be 100% functional.


Outfitted with 24 Ku-Band transponders, BSat-4a is designed for Direct-to-Home broadcasting over Japan in standard and high definition as well as 4K and advanced 8K resolution. The satellite was commissioned for a 2017 liftoff to provide the maximum possible margin to the 2020 Tokyo Olympics that are expected to be broadcast in 4K and 8K resolution through the satellite.