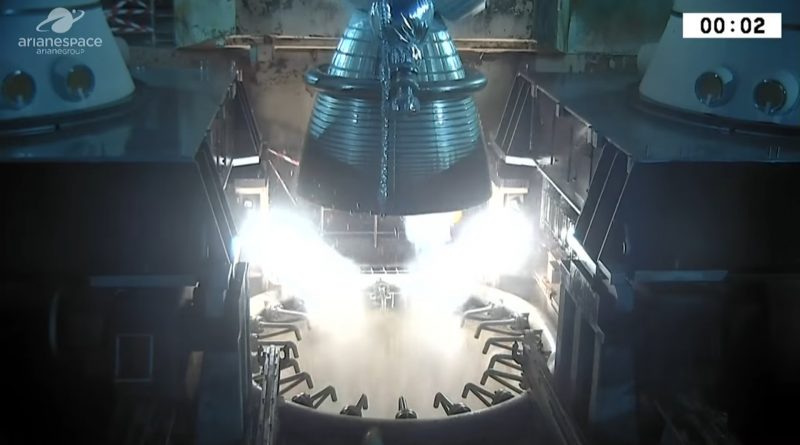 
Hidden under Ariane 5 L5100’s payload fairing is Intelsat 37e, riding in the front seat, and BSat-4a, fastened to the rocket’s second stage and hidden under the Sylda adapter that allows Ariane 5 to lift a pair of satellites in a stacked configuration. The two passengers and their adapter systems create a total payload upmass of 10,838 Kilograms, making this the second heaviest Ariane 5 mission to Geostationary Transfer Orbit.


However, the flight computer refused the ignition of the boosters due to an anomalous condition – likely related to the operation of the engine – and commanded the orderly shutdown of the Vulcain 2 engine with flameout occurring around 12 seconds after H-0. The Launch Team immediately went into safing steps to back out of the countdown and put the vehicle on external power and vent down the tanks before diving into data reviews to understand what caused the ignition abort.


The VA239 mission is carrying the 6,438-Kilogram Intelsat 37e satellite in the upper payload slot while the lighter, 3,520kg BSat-4a rides in the lower payload berth for separation 47 minutes after liftoff.