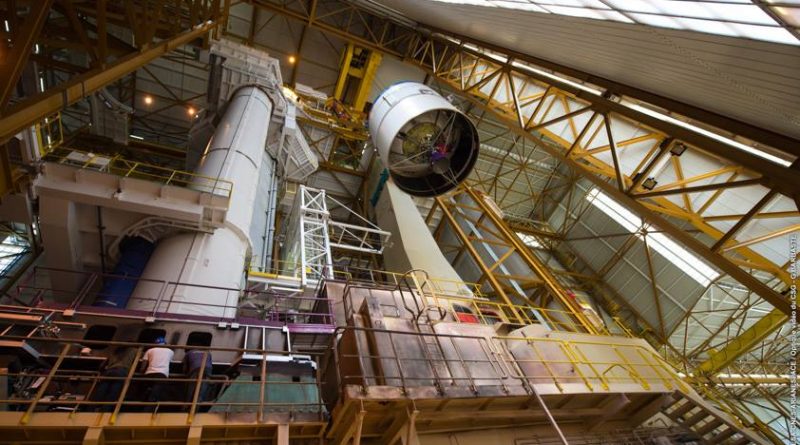 Europe’s Ariane 5 rocket is assembled at the Guiana Space Center for its fourth mission of 2017 with the Inmarsat-S / HellasSat-3 multi-mission satellite in the upper position and India’s GSAT-17 C- and S-Band satellite in the lower payload berth. Assembly of the Ariane 5 rocket began with the installation of the large EPC cryogenic core stage on one of two operational launch tables followed by the attachment of the twin Solid Rocket Boosters that were assembled at a dedicated facility. The last step of the integration process was hoisting the ESC-A second stage, already integrated with the Vehicle Equipment Bay, for installation on the core at which point the rocket was ready for transfer to the Final Assembly Building.