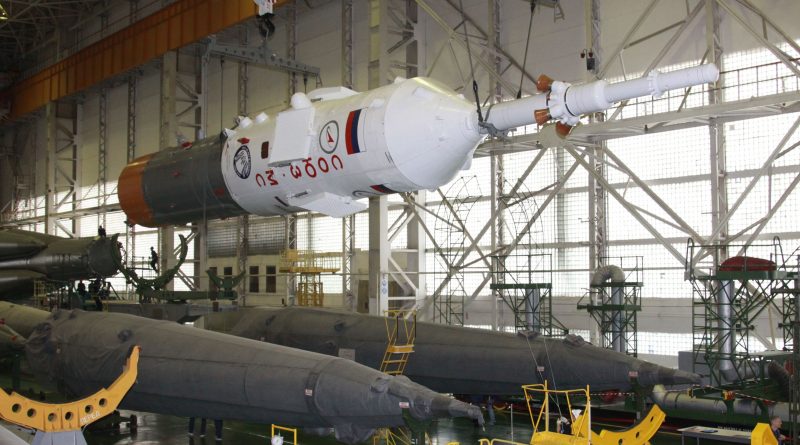 Engineers at the Baikonur Cosmodrome completed the assembly of a Soyuz FG rocket on March 17, 2018 in preparation for a March 21st liftoff with the Soyuz MS-08 spacecraft, carrying Oleg Artemyev, Drew Feustel and Ricky Arnold to the International Space Station. Work completed in the weeks leading up to launch included the assembly of the two-part Block A core stage and the installation of the four Block B, V, G, D boosters. Upon arrival of the encapsulated spacecraft, engineers attached the Launch Escape Tower and mated the payload adapter to the Block I third stage before the upper section was lifted in position for installation atop the core stage to mark the completion of launch vehicle assembly.

Soyuz MS-08 continues working toward rollout on Monday, March 19 for liftoff at 17:44:25 on March 21st to begin a nine-minute climb into Low Earth Orbit followed by a two-day link-up with the International Space Station.