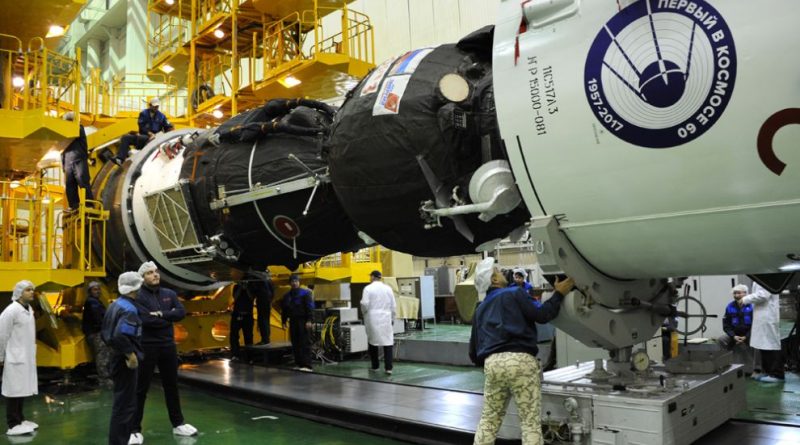 The Soyuz MS-07 spacecraft (No. 734) undergoes pre-launch processing at Site 254 at the Baikonur Cosmodrome after arrival in early October 2017. Initial processing steps included thermal vacuum checks and specialized testing of the spacecraft’s Entry Module. After approval of the technical commission, Soyuz was loaded with propellants and compressed gases before taking up residence in a test stand for final inspections and a visit by the crew for an ingress rehearsal and launch simulation. The craft was then attached to its payload adapter and encapsulated in the protective launch shroud before shipping out to the launcher integration facility to meet its Soyuz spacecraft.