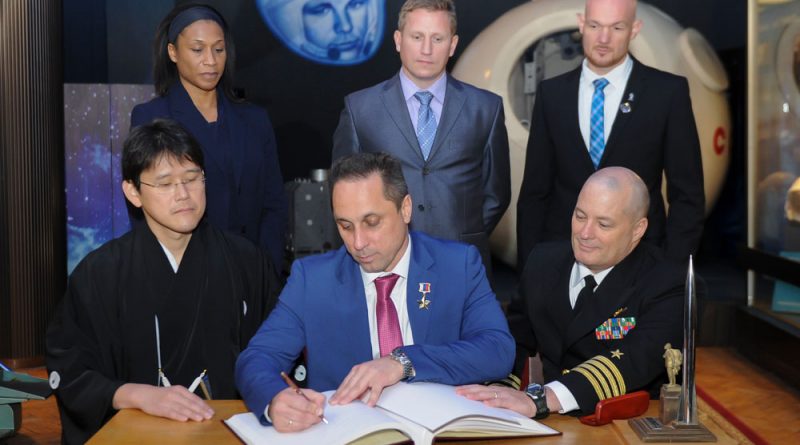 The crew of Soyuz MS-07, Commander Anton Shkaplerov and Flight Engineers Norishige Kanai and Scott Tingle, along with their backups, participate in traditional pre-launch activities in Moscow including the traditional visit to Red Square and the final formal press conference before launch before departing for the Baikonur Cosmodrome for the final two weeks of launch preparations. Soyuz MS-07, the fourth and final Soyuz launch in 2017, is targeting a two-day rendezvous with the International Space Station to deliver the second half of the Expedition 54 crew to their home in space.