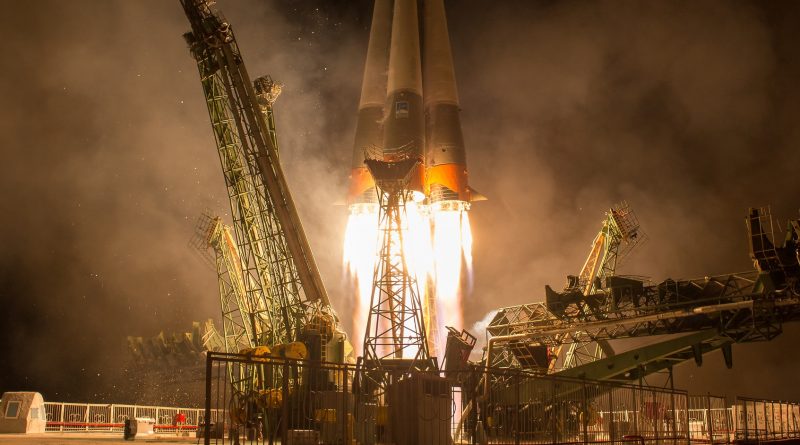 Two American Astronauts and a Russian Cosmonaut lifted off from the Baikonur Cosmodrome’s historic Site 1/5 at 21:17:02 UTC on September 12, 2017 atop a Soyuz FG rocket. Embarking on five-and-a-half-month space mission, the three crewmen received a smooth nine-minute ride into orbit with their Soyuz MS-06 spacecraft setting sail on a four-orbit, six-hour rendezvous with the International Space Station. Traveling into orbit aboard the Soyuz are second-time space flier and first-time commander Aleksandr Misurkin, NASA’s Mark Vande Hei, launching into space for the first time, and Joe Acaba, returning to ISS after two previous visits in 2009 and 2012.