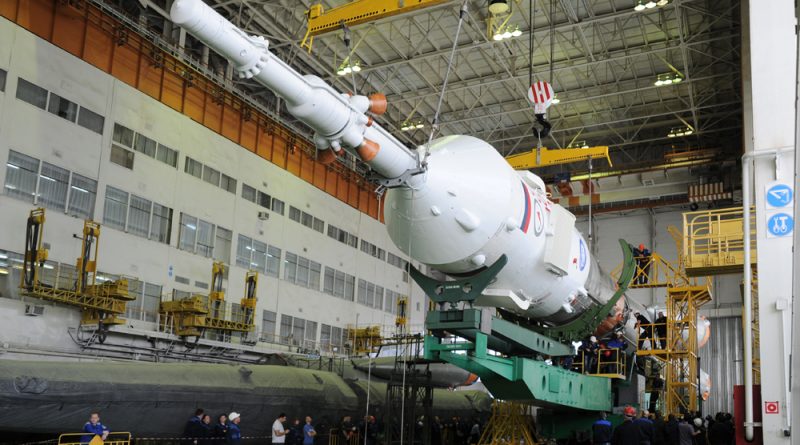 Engineers assemble the Soyuz FG rocket set to launch the Expedition 50/51 crew members into orbit aboard their Soyuz MS-03 spacecraft, heading off on a six-month mission to the International Space Station. Assembly at the MIK facility included the installation of the encapsulated spacecraft on the Block I third stage of, the attachment of the Launch Escape Tower and the mating of the third stage with the large core stage that had its four liquid-fueled boosters installed in the weeks ahead.