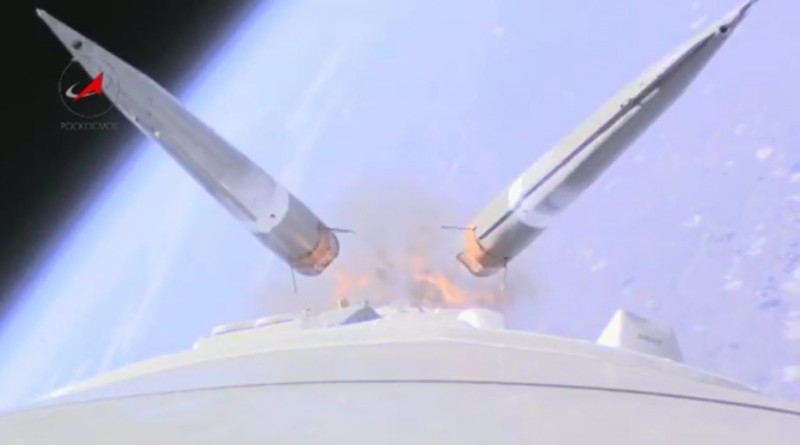 The Roscosmos State Corporation released onboard video captured aboard the Soyuz 2-1A rocket performing the first launch from Russia’s new Vostochny Cosmodrome on April 28. The footage shows highlights of the flight beginning with the ignition of the engines and the initial climb-out of the vehicle, rolling onto a north-westerly trajectory. The separation of the four liquid-fueled boosters is particularly impressive showing the 19.6-meter long boosters separate at the base of the rocket followed by their forward ends, sending them outward and away from the still-burning core stage.

A full-length video of the launch video is available below.