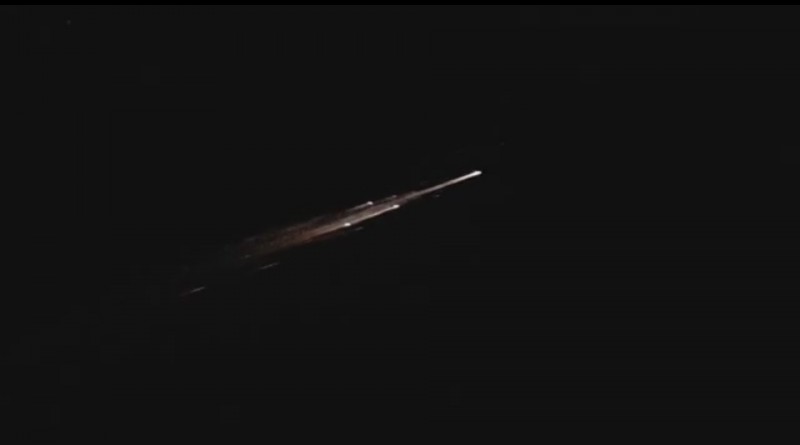 The re-entry of the Long March 3B Rocket Stage was observed from Chile and Bolivia at 5:53-5:54 UTC on January 15, providing a perfect match in terms of timing and geographic location.

A number of videos were uploaded to YouTube and local newspapers picked up on the fireball observation which showed the typical slow speed of artificial object re-entries and the characteristic fragmentation of a rocket body, highlighted by dense components such as engines and pressurant tanks pulling out in front of the principal debris cloud.