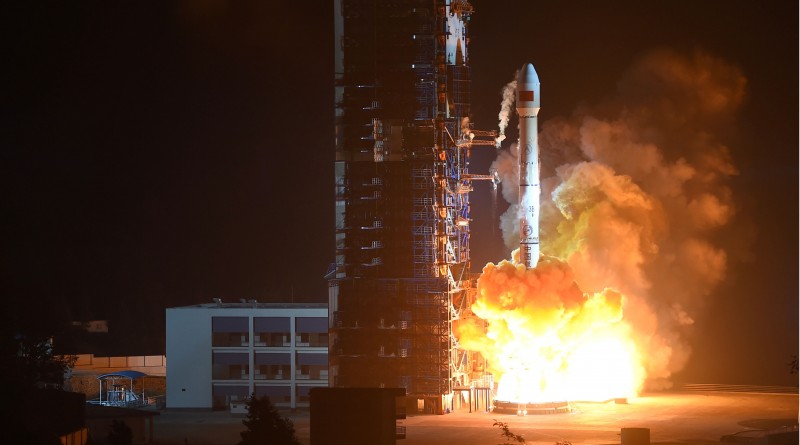 A Long March 3B rocket stage re-entered the atmosphere on July 3, 2016 after a seven and a half months in orbit, making a slow decay from a highly elliptical Geostationary Transfer Orbit. The Long March 3B rocket launched the LaoSat-1 communications satellite, the first satellite operated by the nation of Laos.