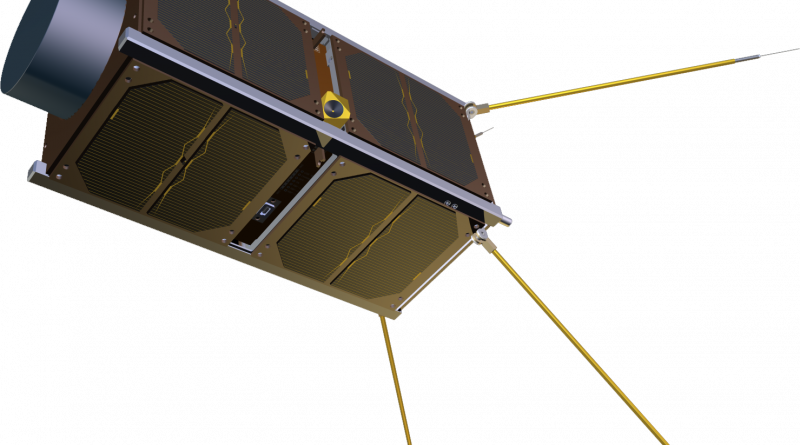 The Columbia Sat CubeSat, part of the QB50 CubeSat initiative, re-entered the atmosphere on March 7, 2018 after less than one year in Low Earth Orbit, becoming the first of the QB50 series to decay from orbit after collecting data from the seldom-measured lower thermosphere. The QG50 US04 satellite was designed by the Universidad del Turabo, Puerto Rico.