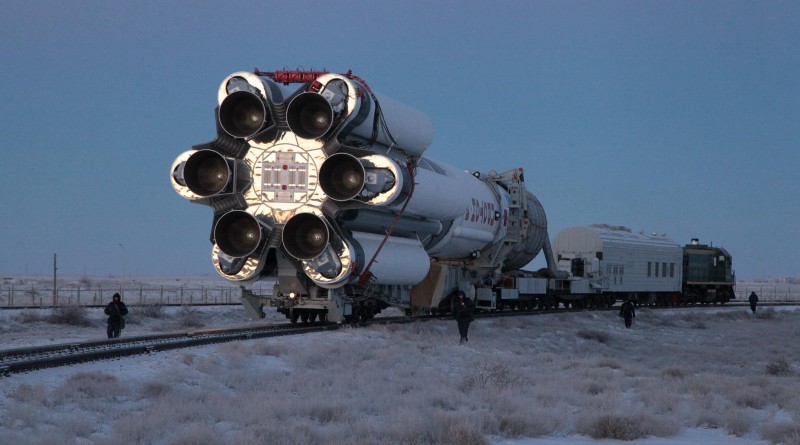 A Russian Proton-M rocket suffered a rare launch scrub Wednesday night as unfavorable winds aloft forced a 24-hour delay of the planned launch of the Ekspress AMU-1 communications satellite. Liftoff is being rescheduled for Thursday in the hopes of calmer winds in the skies over the Baikonur Cosmodrome to check off Russia’s last space launch of the year.

Launch scrubs – a delay called after the rocket is fueled – are relatively rare for Russian rockets that in most cases lift off on their first launch attempt, built to deal with a broad range of weather conditions. However, even the rugged Russian launchers are susceptible to upper level winds that, when too strong, can put loads on an ascending rocket beyond its structural limits. Therefore, winds aloft are monitored as part of the launch countdown using a series of weather balloons released over the course of several hours.


Proton headed into its lengthy countdown around 11.5 hours ahead of the planned 21:30 UTC launch time, starting with power-up operations and a detailed set of checks on the three-stage rocket and its Briz-M upper stage. The State Commission cleared the rocket for tanking – a three-hour sequence started at L-6 hours to load the tanks of the vehicle with 622 metric tons of toxic hypergolic propellants. Countdown operations proceeded into T-1 hour and Proton was revealed on its launch pad when the Service Structure was rolled back from the 58-meter tall rocket – enshrouded in the dark of night and thick fog. The decision to delay the launch came around 45 minutes prior to T-0.

The next launch attempt will be made on Thursday with a T-0 target of 21:31 UTC – provided upper level winds calm down in the next 24 hours.