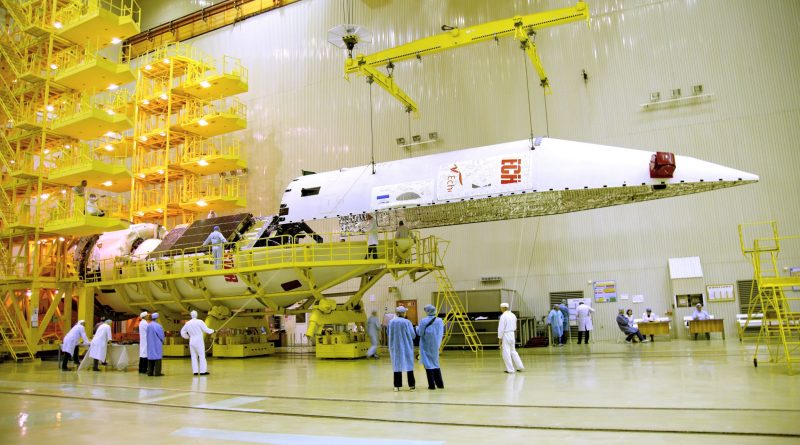 After being forced to stand down for half a year, technicians and engineers resume the Proton-M/EchoStar-21 launch campaign which entered an extended break in December when it became known the Proton’s upper stage engine used potentially flawed materials. Engines were shipped back for inspection and refurbishment before existing Proton stages were fitted with new engines using compliant materials according to their specification. Operations in Baikonur resumed in May with final processing on the satellite before mating with the Briz-M upper stage and encapsulation in the protective payload fairing.