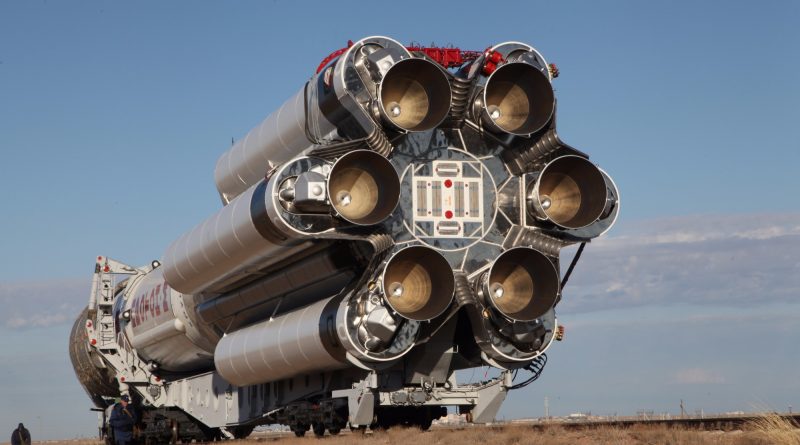 Russia’s Proton-M rocket rolled out to the launch pad at Site 200/39 on Monday, September 25, 2017 at the traditional early morning hour. Making a slow trek from the Briz-M fueling facility to the launch pad, Proton was greeted by a colorful sunrise under clear skies before being placed into its vertical launch position for a three-day on-pad campaign including final testing of all launch vehicle systems to clear the way for a half-day countdown leading up to a nighttime liftoff in the early hours on Friday, local time.