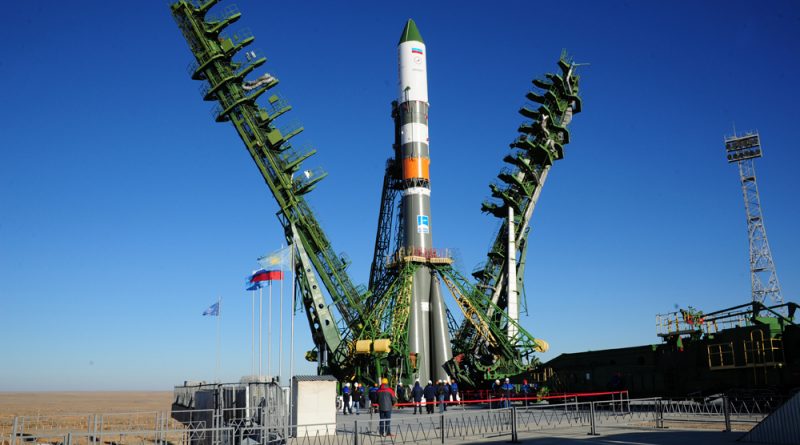 
Soyuz 2-1A has a backup launch slot on Saturday, October 14 with a target T-0 time of 8:46 UTC; however, due to the stringent orbital phasing requirements of the fast-track rendezvous, a two-orbit link-up will no longer be possible. Instead, Progress MS-07 would have to revert to the traditional flight profile, taking two days or 34 orbits to reach its destination in space and leaving the new 3.5-hour mission profile to be demonstrated by a future Progress vehicle.


Soyuz stood fully fueled when the protective Service Structure was lowered to its launch position 35 minutes before the instantaneous launch opportunity at 9:32:03 UTC. Status checks with the various support stations continued to report readiness and Soyuz pressed into its automated countdown sequence at the T-6-minute mark to enter the last preparatory steps for its nine-minute climb into orbit.


On-pad ignition aborts are rare for the well-proven Soyuz launch vehicle but not unheard of with the most recent instance in March 2016 when a Soyuz 2-1B rocket stood atop the 31/6 launch pad with the Resurs P3 Earth Observation Satellite. In that case, the abort occurred after igniters were commanded to fire when the onboard computer failed to confirm that in fact all igniters had fired. Because no propellant valves were opened, Resurs P3 was able to lift off after a 24-hour recycle without going through engine refurbishment.