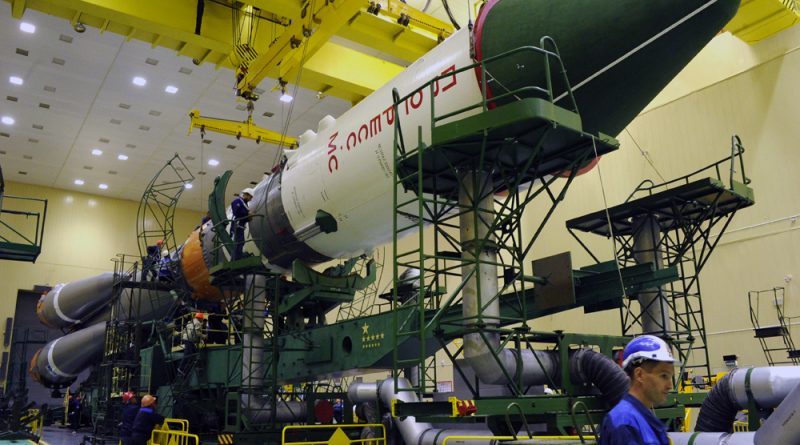 Assembly of a Soyuz 2-1A rocket was finished at the Baikonur Cosmodrome in Kazakhstan on Monday in preparation for an early morning rollout on Tuesday to set the stage for the launch of the Progress MS-07 cargo spacecraft, headed to the International Space Station via an express rendezvous on Thursday to deliver two and a half metric tons of fuel, food and supplies.

Progress MS-07 concluded its pre-flight processing campaign with encapsulation in its protective launch shroud before the weekend and was shipped to the MIK-112 launcher integration facility where it was installed on the Block I third stage of the Soyuz 2-1A launcher. The upper stage was then attached to the rocket’s core stage which had its four boosters installed earlier in the processing flow. The Russian State Commission convened on Monday to review the status of launch preparations and cleared the 46-meter long Soyuz for rollout to Site 31/6 on Tuesday to enter final launch processing.