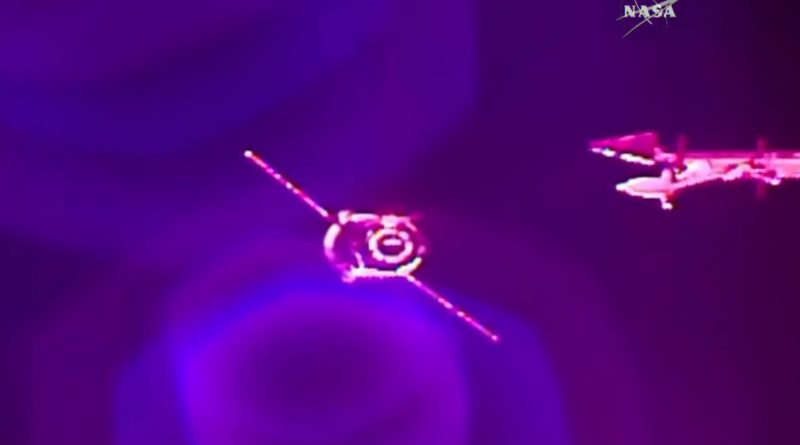 
Roscosmos issued a statement detailing that weather conditions with temperatures of 34°C and wind gusts up to 15m/s were particularly conducive to fires around the crash site. The statement also confirmed earlier press reports of the two casualties with one dead and one in serious condition at Dzhezkazgan hospital. Both men were part of a detachment of NPO Mashinostroenia responsible for the clean-up at the crash site.


The Progress MS-06 mission was sticking to the conventional two-day, 34-orbit rendezvous calling for a pair of engine burns on the mission’s third orbit, a fine-tuning maneuver on Thursday and the initiation of the fully automated rendezvous on Friday to link up with the Space Station in its 402 by 408-Kilometer orbit.


Fyodor Yurchikhin, the sole crew member on the Russian Segment, was in charge of monitoring the Progress approach and he completed a test of the TORU command link to ensure he could take over control of the spacecraft for a manual docking in case of any problems during proximity operations. Yurchikhin was backed up by NASA Astronaut Jack Fischer who joined him at the TORU monitoring station in the Zvezda module.