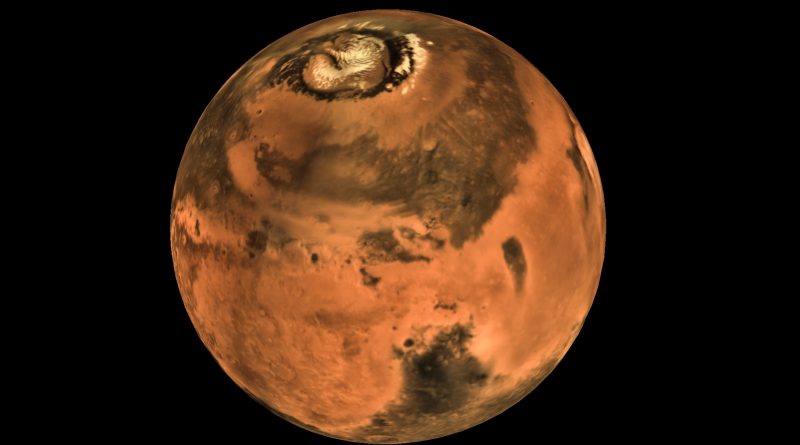 India’s Mars Orbiter Mission, having already surpassed its planned operational life & exceeded all expectations, completed a critical orbital adjustment this week to avoid lengthy solar eclipses in February that could have threatened the survival of the spacecraft.

The Mars Orbiter Spacecraft, also known as Mangalyaan, has been in orbit around Mars since September 2014 to complete what was expected to be a technical demonstration mission to prove India had the tools needed to get a spacecraft to Mars and operate it in orbit around our neighbor in the Solar System. Achieving a meaningful scientific mission was considered a bonus on top of the various engineering objectives, but the spacecraft showed its resilience – staying alive well beyond expectations without any significant degradation of its systems.


MOM set out on its journey in November 2013, taking the scenic route to Mars that started with several orbits around the Earth during which the spacecraft gradually raised its speed before departing Earth’s gravitational influence. This rather complex mission design was needed because only the PSLV launch vehicle was considered reliable enough to send MOM on its way, but lacked the power needed for a direct injection toward Mars.

Achieving orbit around the Red Planet after nine months of navigating through deep space marked the major objective of the mission. But it quickly became clear the mission could have a long life based on the amount of propellant left aboard the spacecraft after achieving orbit.

After exceeding the half-year mark specified in the mission’s objectives, MOM went on to celebrate its first anniversary in Mars orbit and continued in good health for a full Martian year, equivalent to nearly two Earth years. However, for the mission to continue much further, MOM had to pass a significant hurdle to avoid a series of solar eclipses in February 2017.

Because the mission was never intended to operate for 28 months in orbit around Mars, planners did not pay much attention to the eclipses that were way down the road when MOM managed to insert itself into a highly elliptical orbit around Mars. However, with the spacecraft showing stellar performance, teams began planning for the lengthy eclipses back in 2015 – looking at options to shorten the period spent in darkness in a fuel-efficient way since the onboard propellant is the the most valuable commodity needed to keep the mission going.

The February 2017 eclipses are unusual because they occur at the high point of the orbit where the MOM spacecraft is traveling at its slowest velocity, relative to Mars, which means it spends most time in the high-altitude portion of the orbit. If the Martian shadow is placed so that this orbital path is in shade, MOM would have to endure an eclipse exceeding eight hours on a number of subsequent orbits.

On January 17, MOM fired up its thrusters to slightly alter its orbit to ensure the eclipses are cut to a manageable length to ensure the spacecraft’s 36 Amp-hour batteries are not completely drained in order to keep the vehicle alive.

According to Indian press reports, MOM currently has 30 Kilograms of propellant left, having burned 820kg of its initial fuel load to get to Mars and maintain an operational state while orbiting. Mangalyaan regularly needs propellant when de-spinning its reaction wheels which are the primary attitude actuator aboard the vehicle and need to be de-spun at regular intervals to be able to keep pointing the spacecraft to the correct orientations needed for science observations, power generation and communications with Earth. The resulting momentum when de-spinning the wheels has to be countered by firing the spacecraft’s thrusters.

If managed properly, MOM’s 30-Kilogram propellant reserve could enable the spacecraft to operate for another four to five years. Engineers want to keep the orbiter in operation for as long as possible to study how the different components respond to extended exposure to the harsh environment in space – extremely valuable data for future interplanetary endeavors.

Continuing circling Mars in a highly elliptical orbit, MOM regularly delivers new images captured by the Mars Color Camera and the other four instruments gather valuable information on the planet’s surface composition and albedo as well as its atmosphere with particular focus on major constituents of the Martian atmosphere as well as loss processes that caused the planet to lose much of its original atmosphere.

The mission’s highly elliptical orbit peaking around 70,000 Kilometers in altitude gives MOM a unique vantage point on Mars – providing an opportunity to collect regular full-disk images to study processes ongoing on a global scale. Teams are also studying future opportunities to capture data on Mars moons Phobos and Deimos after MOM already delivered interesting photos of Deimos, the higher-orbiting of the two moons which is out of reach for the low-orbiting Mars missions.

While MOM continues to add chapters to its stunning success story, the Indian Space Research Organization is already working on a sequel. Aiming for launch in the 2020 Mars Window, India’s second Mars Orbiter will shift focus from a mostly engineering character to a mission focused on science.

The MOM mission was rushed to make the 2013 launch date with development only taking one and a half years. This came at the expense of the possible scientific return of the mission because the orbiter’s instruments were developed by engineering teams with very little input from the science community on what requirements the instruments should comply with to return meaningful science data.

For the follow-up mission, ISRO has already reached out to the scientific community to formulate science requirements that should be fulfilled by the upcoming mission and provide ideas for possible scientific payloads to be carried on the mission, tentatively titled MOM-2.

India is also aiming for a return to the Moon in the not too distant future, building on their successful Chandrayaan-1 lunar exploration mission that launched back in 2008. Set for a December 2018 launch date, Chandrayaan-2 aims to place an instrumented orbiter into a 100km orbit around the Moon and dispatch a lander & small rover to the lunar surface.