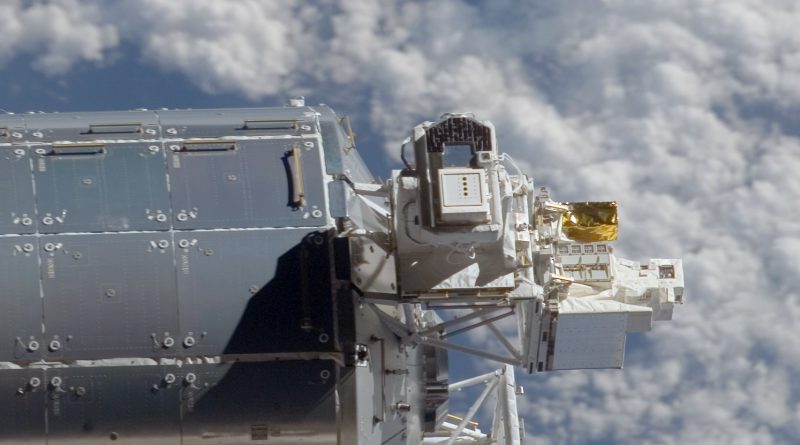 ESA on Wednesday switched off a highly successful instrument package on the International Space Station that had been continuously watching over solar activity for the past nine years. Solar – built for a planned mission of one and a half years – had surpassed all expectations and delivered a vast amount of data for a better understanding of solar dynamics and Earth’s energy budget.

Solar’s prime mission objective was to measure the solar spectrum with unprecedented accuracy to gain very accurate knowledge of the ‘solar constant’ and its variations – an extremely important parameter when assessing the total input of energy into the Earth-Atmosphere System for studies of atmospheric dynamics and Earth’s energy cycle. Scientists never expected Solar to collect data for nearly an entire solar cycle, but the instrument package showed stellar performance, measuring the spectral distribution of 99% of incoming solar energy.


“After all these years of gaining valuable information about our Sun it is an emotional moment for the team, but Solar has far exceeded everyone’s expectations,” said ESA’s Solar Project Leader Astrid Orr.

“This kind of research does not deliver pretty pictures, but numbers. I tip my hat to the researchers who patiently sort through the wealth of data – this field of science may seem tedious and unexciting to the outside world, but climate studies heavily rely on these data to understand the world we live in and how we are shaping it.”

Solar’s vantage point on the Sun was from the External Payload Facility of ESA’s Columbus Laboratory Module that offers slots for several external payloads dedicated to technology demonstrations and Earth & Solar Science. Columbus headed into orbit in February 2008 aboard Space Shuttle Atlantis and was already outfitted with 2,500 Kilograms of experiment facilities and hardware when being installed on the Station’s Node 2 Module. Solar also made its way into orbit aboard Atlantis and was installed after Columbus had been attached to the Space Station.

The Solar payload combined three different sensors – SOVIM, a package of three radiometers that covered the near-ultraviolet, visible and thermal regions of the spectrum from 200 nanometers to 100 micrometers to obtain Total Solar Irradiation measurements, three double-spectrometers of SOLSPEC obtained high-resolution spectra in the critical 165 to 3,100nm regime and SOLACES covered the extreme Ultraviolet energy input between 17 and 220 nanometers enabling Solar Constant measurements. All three sensors resided on a Coarse Pointing Device to ensure at least 20 minutes of solar observations could be obtained per orbit during solar observation windows.

SOVIM suffered a breakdown of its power unit in October 2008, marking the end of its contribution to Solar, but the remaining two instruments were still gathering important data and showing excellent performance, permitting a mission extension of 1.5 to 3 years in 2009. Hundreds of hours of data were gathered and the mission continued through its 50th observation window in 2012.

Given the importance of Solar’s measurements, the ISS Program decided to re-orient the space station five separate times between 2012 and 2016 to enable Solar to capture uninterrupted data for a full solar month. These were the first maneuvers carried out by ISS purely in support of scientific activities, underlining Solar’s role as a prime observatory of the Sun from the unique vantage point of Earth orbit.

In 2014, Solar received its final mission extension of three years to deliver Spectral Solar Irradiance data for nearly an entire Solar Cycle having started in the last portion of Cycle 23 and operating through the vast majority of Cycle 24 – collecting important measurements of Solar Constant variations over the course of a cycle. Although that variation has been constrained to only 0.1%, it represents an important piece of climate change studies which stipulate that climate change seen on Earth results from an imbalance of only 0.1 to 0.2% between incoming energy and Total Outgoing Radiation.

Solar Constant models provided by the Solar payload will play an important role in the coming years as an attempt will be made to measure Earth’s total outgoing radiation accurate to 0.1% which, coupled with precise knowledge on solar energy input, could deliver the first direct measurement of the Earth Radiation Imbalance.

The Solar payload concluded its nine-year run on Wednesday when commands were sent from its operations base in Belgium to permanently stow the instrument and secure its pointing platform with a pin. Solar’s retirement came after several days of vital measurements with the instrument operating outside its normal thermal environment to collect data to help understand how measurements collected in the past were affected by intense temperature changes experienced in space.

These last days of measurements will be used to calibrate all data collected by Solar over the past years to further refine its measurements and leave a legacy that will be used by the scientific community for years, if not decades to come.