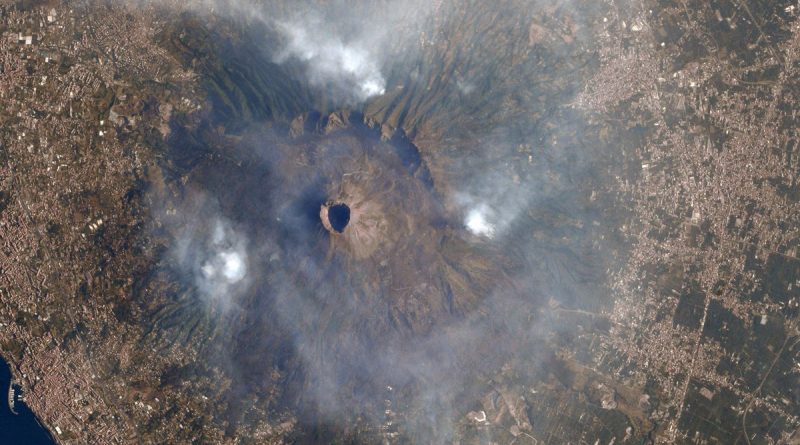 Wildfires raged around the slopes of Mount Vesuvius near the Italian City of Naples in the first half of July 2017 and were captured by several space missions including Astronauts aboard the International Space Station.

With Italy under high temperatures and a persistent drought, wildfires have broken out around the southern parts of the country, including several blazes around the slopes of the iconic volcano that is most famous for the 79 AD eruption that caused the destruction of the ancient city of Pompeii. Smoke plumes rose from the slopes of the volcano and fires lit up the night over Naples with evacuation of nearby areas due to concerns associated with the smoke plume billowing over inhabited areas.

In addition to destroying vast areas of vegetation, the fires exposed the volcanic rock to the elements which can cause further problems with mudflows that could arise during heavy rainfall that could put streets and structures along the mountain’s slopes in the path of potential debris flows.