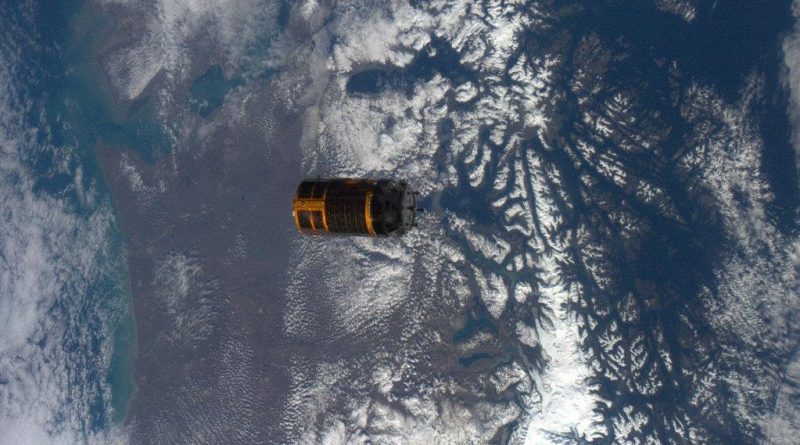 
The 10-meter long spacecraft then conducted another pair of burns, the first at a distance of 300 meters and the second at a range of 5,000 meters to enter an independent orbit below that of the Space Station. A set of three deorbit maneuvers was on tap on Tuesday, the first two lowering the craft’s orbit even further so that the third burn could sufficiently decrease the perigee altitude of the orbit, targeting an entry location over a remote stretch of the Pacific Ocean.