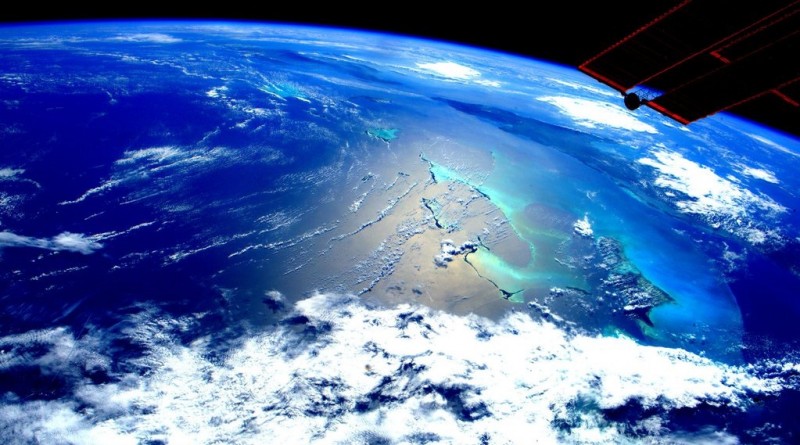 ISS conducted a reboost Sunday night using the Progress M-29M spacecraft to deliver a delta-v of 1.65 meters per second, setting up phasing for Soyuz landing and rendezvous operations coming up in March.

VEG-01 Investigation – Trimming of moldy plant areas and sample processing [VEGGIE or Veg-01 is a deployable plant growth unit to be set up on the Space Station to demonstrate the feasibility of a space garden. The experiment facility provides lighting and nutrient supply and is capable of supporting a variety of plant species that can be cultivated for educational outreach, fresh food and even recreation for crewmembers on long-duration missions. Thermal control is provided from ISS in-cabin systems and the carbon dioxide source is the ambient air aboard ISS.]