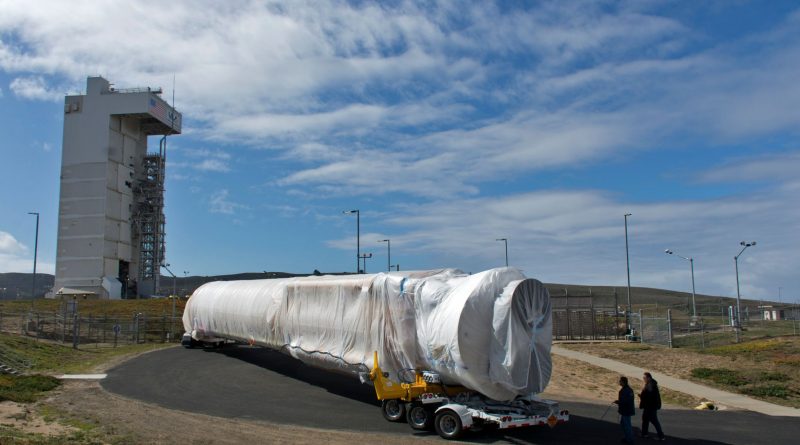 A United Launch Alliance Atlas V rocket is delivered to California’s Vandenberg Air Force Base for final acceptance testing before beginning its integration process at Space Launch Complex 3E in preparation for sensing the InSight Lander on its way toward Mars. InSight will become the first interplanetary probe to depart from Vandenberg, setting out on a half-year commute to Mars for an in-depth study of the planet’s interior and thermal history to shed light on the processes that formed and re-shaped the rocky planets of our Solar System.