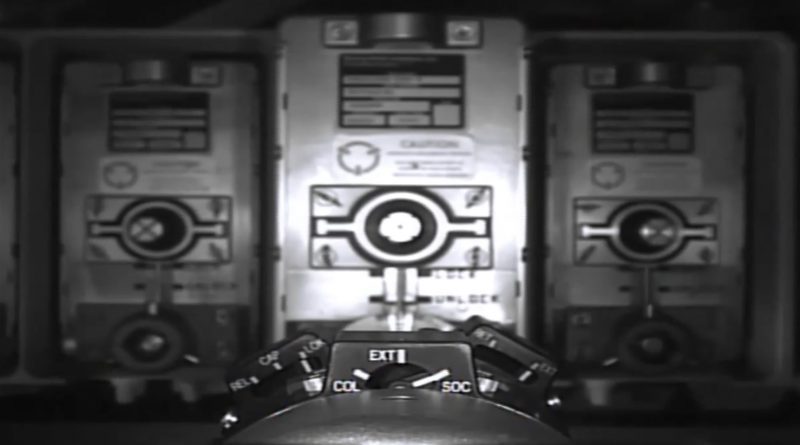 The Space Station Dextre Robot takes on its role as ISS Electrician, tasked with replacing an external circuit breaker box that had tripped open early in April and could not be closed via remote commanding.

Over the last decade, the Station’s robots have taken on more and more complex tasks outside the modules of the orbiting complex that previously required crew members to complete a spacewalk. Riding the 18-meter long Canadarm-2, Dextre is equipped with a series of tools to grasp and manipulate different replaceable parts outside ISS and the duo was crucial in a number of activities over recent years – sparing the crew the need to complete time-intensive spacewalks and enabling them to focus on scientific activities.

Dextre first worked as electrician in 2011 when it completed its first replacement of an external Remote Power Control Module, RPCM for short. RPCMs hold circuit breakers to control the flow of electrical power through the Station’s secondary power distribution system. They provide protection of the power buses in the event a downstream component encounters a fault, however, the Remote Power Controllers inside the RPCM can also trip due to an intrinsic failure in which case the entire RPCM has to be replaced.

The S11A-C RPC-3 tripped on April 9, 2017 and took out a computer box controlling the Starboard Thermal Radiator which caused a loss of telemetry insight into some valve module temperatures and pressures and also removed power from fluid line heaters.

Repeated attempts to close RPC-3 were made but the thermal signature seen after the trip suggested the fault was not with a downstream system but within the RPCM itself. The RPC remained closed for a period of hours and then a period of days in mid-April, allowing insight into the performance of the thermal control system. Mission Controllers confirmed the issue to be within the RPCM and it was decided to replace it at the earliest convenience.

For the replacement, completed in the night of April 30 to May 1st, Dextre removed the S11A-C RPCM and stowed in temporarily in the S14B-H empty slot. Next, controllers extracted the S14B-G and installed it in the S11A-C slot to restore power to the thermal control Multiplexer/Demultiplexer. Finally, the old S11A-C was moved into the S14B-G slot to re-power its downstream systems with the exception of RPC-3 and 6 (an eventual R&R of this RPCM is not considered critical and will be completed at a later date).