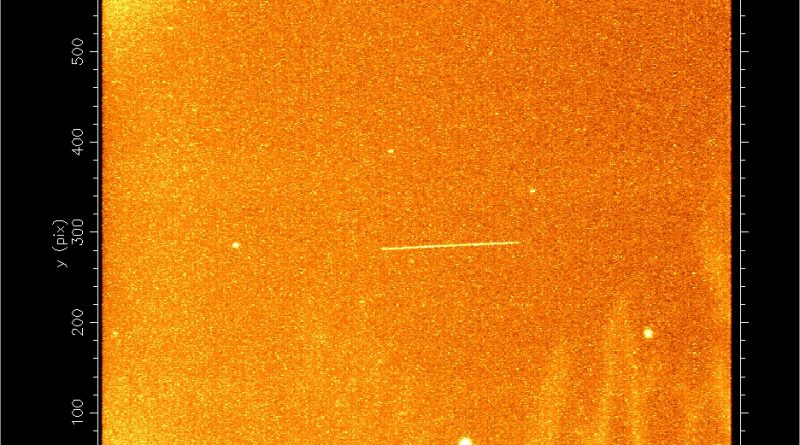 
The theory of NROL-47 being the fifth Topaz satellite was backed up by the use of the Delta IV M+(5,2) which has exclusively flown with Topaz. However, one departure from the previous four Topaz missions was found in the launch azimuth for the NROL-47 mission: for Topaz 1-4, the hazard areas identified in broadcast warnings pointed straight to a 123-degree orbit from where the satellites are operated, but the hazard areas issued for Friday’s mission indicated an inclination of around 109 degrees if no out-of-plane maneuvering was to be performed during ascent.


United Launch Alliance and the NRO officially confirmed the successful conclusion of the launch around two hours and 20 minutes into the mission – confirming NROL-47 was separated into its planned orbit. By that point, Scott Tilley, a satellite tracker based in British Columbia, had already recorded the first radio pass of the satellite within minutes of it separating from the Delta IV upper stage. Recording the known 2242.51 MHz S-Band frequency in-line with the previous Topaz missions, Tilley was quickly able to confirm the satellite’s transmissions to be identical to the four predecessors.


Information leaked in 2013 not only confirmed the designation ‘Topaz’ but also that there would be five Topaz Block I satellites before the program would move on to a Block II version. These do not yet appear to be on the NRO launch manifest and it remains to be seen whether the upgraded Topaz version will keep using the unique retrograde orbit that has the current program stand out among the U.S. reconnaissance fleet.