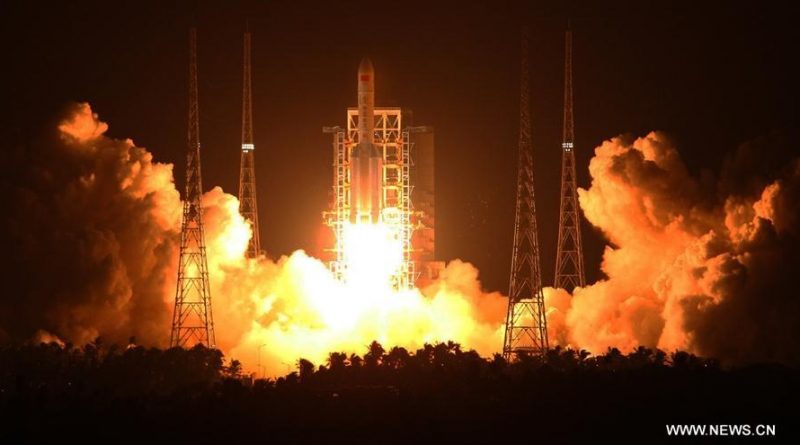 
Long March 5 was wheeled from its Assembly Building to the LC-101 launch pad on October 28 for one week of checkouts and launch preparations.