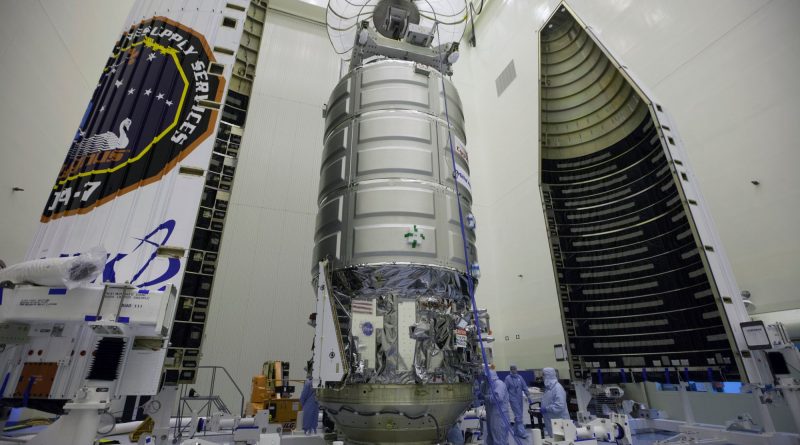 The Cygnus OA-7 spacecraft undergoes pre-flight processing at the Kennedy Space Center’s Space Station Processing Facility ahead of a spring 2017 cargo mission to the orbiting laboratory. After initial cargo loading on the pressurized cargo carrier of the spacecraft, the service module and cargo modules were mated and the assembled spacecraft was moved over to final processing for late cargo loading and encapsulation in the protective payload fairing.