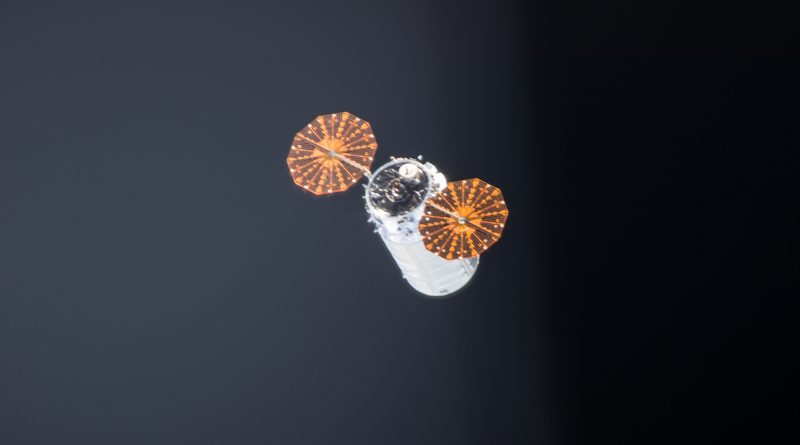 The crew aboard the International Space Station took these photos of the departing Cygnus spacecraft on Tuesday, leaving ISS behind after a stay of 80 days – the spacecraft’s longest to date. After delivering 3,395kg of cargo and picking up the Station’s trash, Cygnus entered a second missions phase – an eight-day free flight dedicated to the Saffire-I In-Space Fire Experiment and the release of five Lemur CubeSats.

>>Article: Largest Man-Made Fire in Space to be Ignited aboard orbiting Cygnus Spacecraft