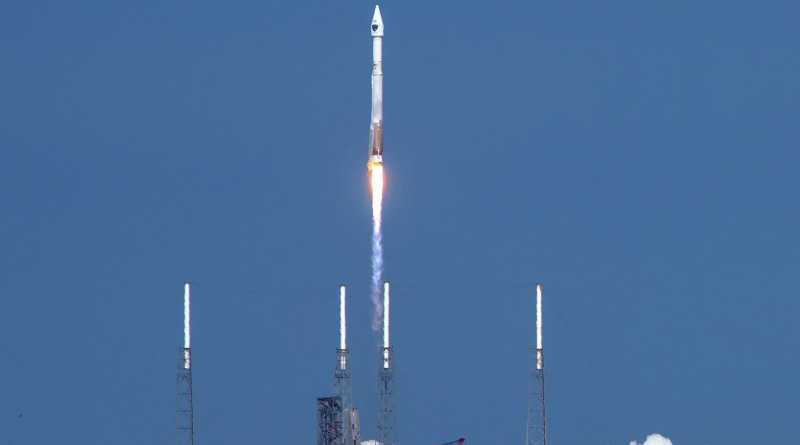 
After Morelos 3 departed the east coast pad of Atlas V, work immediately began to turn the facility around for the GPS mission, then aimed for liftoff on October 30. Stacking of the Atlas V rocket commenced on the 12th with the installation of the Common Core Booster First Stage on the Mobile Launch Platform followed by the integration of the Centaur upper stage. GPS IIF-11, already encapsulated in its protective 4-meter payload fairing, took its place atop the Atlas V on the 21st for a week of integrated testing before pressing into launch operations.