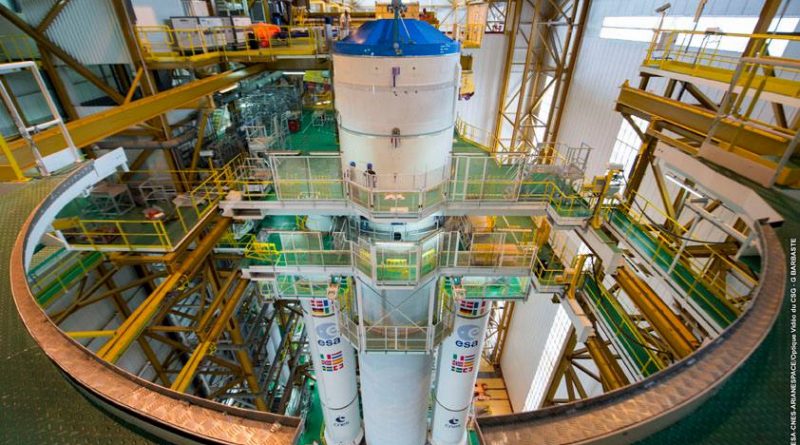 The first Ariane 5 ECA to fly in 2018 arrives at the Guiana Space Center aboard one of two sea-going vessels operated by Arianespace and undergoes assembly operations in preparation for a January liftoff with two innovative, yet different satellites: Al Yah 3 for United Arab Emirates operator Yahsat and SES 14 for Luxembourg-based SES and NASA that has a hosted payload on the satellite. Al Yah 3 is the first mission to employ Orbital ATK’s GEOStar-3 satellite platform while SES 14 is the second Eurostar-3000EOR satellite to take flight and the first geostationary communications satellite to fly a payload for NASA.